GRECIAN MAGNESITE S.A. was established in 1959 and continued the exploitation of magnesite reserves at Yerakini, Chalkidiki – Northern Greece, previously operated by the foreign company Anglo-Greek. GRECIAN MAGNESITE S.A. received a mine which was operated for small-scale selective mining. With a meticulous mind, the company started its creative work on the challenging deposit of Yerakini, without enhancing the traditional selective mining, which would lead to faster profits but earlier exhaustion of the deposit. On the contrary, the company followed the principle that a deposit is an exhaustible natural resource and therefore, the reserves of the mineral deposit should be maximized.

The early years were spent with the development of new markets, the acquisition of earth moving equipment, the "opening" of new mining pits and the techno-economical studies for the extensive investments which followed.

The first rotary kiln for the production of deadburned magnesia operated in 1967 and the company started exporting to the refractory industry of the Western and Eastern Europe.

The first classification – preselection unit was built in 1970, almost at the same time as the unit for the qualitative separation of high-end grades.

At the same time, caustic magnesia was produced in shaft kilns at quantities ranging from 20.000 to 30,000 t/year and sold to a number of customers.

The second rotary kiln operated in 1971, while the caustic magnesia grinding, sieving and packing installations were introduced in 1972, when the company entered the difficult and specialized international market of ground caustic magnesia.

The dense media separation unit started to operate in 1973 taking advantage of the difference between the specific gravity of magnesite and the gangue material. The construction of the second classification – preselection unit started in 1975 and was completed in 1976 remarkably boosting production.

In the same year (1979) the biggest investment ever implemented by the company was completed, the third rotary kiln producing over 200 tons of deadburned and caustic magnesia per day, which included an electrostatic dust filter for dedusting the kiln flue gases.

In 1980 GRECIAN MAGNESITE S.A. purchased the mining rights and production facilities of the neighboring mine at Kastri, Polygyros – Northern Greece from the American-Austrian company Magnomin. As a result, the overall deposits of the wider area of Yerakini are today exploited by a purely Greek company.

In brief, the present calcination capacity of the company, which also defines the capacity for the production of end products, is as follows:

The successful progress of the company has continued after 1981. More specifically, during this period the company made some very important investments concerning the installation of additional photometric ore sorters and magnetic separators, the installation of electrostatic filters in rotary kilns No1 and No2, as well as the increase of the storage capacity with the addition of new warehousing capacity for the end products. At the same time, the transportation capacity of the company was increased with the purchase of 12 new dumper trucks carrying 50 tons each.

In 1991 a major investment project was completed that included the transfer of part of the rural road Yerakini-Polygyros so that a significant magnesite deposit could be exploited.

In 1991, GRECIAN MAGNESITE S.A. started the collaboration with the French Lafarge Refractaires Monolithiques and formed a joint venture for the production of refractory masses. The plant first operated towards the end of 1992, while it was later (1995) fully purchased and absorbed by GRECIAN MAGNESITE S.A.

Apart from the direct production investments, particular attention has been paid to the quality of products and research.

As regards quality, statistic production control (SPC) is strictly followed for most of our products. At the same time, an ELOT-certified system, in compliance with ISO 9001, was installed intending at quality safeguard.

Because GRECIAN MAGNESITE S.A. pays particular attention to research and development, in the beginning of 1993 the company introduced a sophisticated Research Centre at Vassilika, Thessaloniki, covering an area of 500 m², fully equipped and staffed with expert scientists.

In 1994 GM adapted its production process to the new characteristics of the mined deposit. A new crushing installation resulted in improved magnesite liberation increasing the total yield.

In the same year a new modern Heavy Media Separation unit supplemented the existing ones.

In February 2004 the erection of a 10.000 tpa production line was completed for the manufacture of electrical grade magnesia powders destined for use in low temperature heating elements, using DBM as the main raw material. The line was a result of an agreement between UCM Group (now NICHE FUSED MAGNESIA Hull) for the transfer of part of EGM production from Hull to Yerakini.

Starting from 2006 modern and very efficient bag filters were installed at the kilns in order to supplement the existing electrostatic filters. Dust emissions are thus reduced to very low levels far below legal levels. Also, the partial use of biomass-fuel in all kilns was introduced successfully with significant techno-economical and environmental advantages.

In 2008 the use of color camera sorters was extended for the qualitative separation of magnesite grades. Two more sorters were added in a new versatile installation.

Starting in 2006 and completed in 2010, a new secondary mineral processing line was put in operation. The new line processes fine material -18mm, which was not possible to treat with the existing laser based photometric ore sorters. The flow sheet developed by GM engineers includes patented screens, special magnetic separators and new generation optical sorters with color digital cameras. With the new installation it is possible to process both the current production fine material as well as previously stockpiled fine ROM material. This results in lower overall production costs and extends the life span of the mine.

In 2012 Grecian Magnesite acquired and set in operation a new mobile screening unit, which is used to screen the old stockpiled fine RoM material at the mine site. The mobile unit removes the -4mm fraction. The +4mm fraction is transported to GM’s stationary processing installations. The on-site screening of the fine stockpiles results in lower transportation costs and a substantial increase in the yield and productivity of the downstream beneficiation process.

The same year in Akdeniz Minerals a major expansion project was implemented and put in operation. A new rotary kiln doubled the calcination capacity and enabled the company to better address the high end CCM applications. The rotary kiln installation was designed by GM’s engineers and includes a preheater to improve the specific energy consumption.

In 2014 the existing CCM grinding facility was modernized, increasing capacity by 30% and providing the capability for ultra-fine grinding. The grinding capacity was further strengthened in 2016 with the commissioning of a second grinding mill for CCM.

In 2017 the grinding capacity at Akdeniz Minerals was also doubled by introducing a 2nd fine grinding installation.

Adopting the circular economy principles, Grecian Magnesite focused on increasing the use of old stockpiled fine RoM material and respectively reducing mining from the main deposit and thus prolonging the total mine life. Therefore, in 2017 a new dedicated processing line was built for the beneficiation of the fine material resulting from the on-site screening. In 2018 an indigenously developed magnetic separation unit working in series with the mobile screening unit further improved the yield from old stockpiles and boosted capacity of the dedicated processing unit.

In 2018 a prototype desulphurization unit for the rotary kiln flue gases was designed and built within the frame of the European LIFE program. The innovative line has been conceived to use magnesia-based reagents produced from old stockpiled RoM.

In 2019 an upgrade investment program for the optical sorting plant was launched. A number of old laser sorters were replaced by new generation digital color camera Sorters. The introduction of the new sorters greatly improved yield and productivity resulting in an optimized use of existing resources.

The investments continued in 2020 both in Yerakini and Turkey. In the latter case after a meticulous testing period, a new processing line with “sensor based sorting equipment” was successfully commissioned. The new line provides additional volumes and a wider range of high-end raw magnesite grades, enabling us to further develop and produce new & more sophisticated MgO high purity grades.

In 2021, new warehousing facilities were built in Kumbet plant and the installation of a 3rd ultra fine grinding unit has been commissioned.

During 2021, GRECIAN MAGNESITE introduced a new Magnesium Silicate product line under the brand OLIDUN; a carbon neutral and highly versatile mineral valuable in an array of applications; from blast furnace flux, foundry sand and refractories to blast cleaning, mineral wool and the environment.

In December of 2021 and after 3 years of geological mapping, geotechnical investigation, laser scanner surveying works, and core drilling exploration, Grecian Magnesite launched the Koutzi UG mine project; A small scale, GREEN underground mine (CO2-free and toxic fumes-free working environment), operated by electric and battery powered equipment, for the extraction of high-quality raw magnesite.

In 2022, GRECIAN MAGNESITE was the first Greek company eligible to receive funding by the National Recovery and Resilience Plan Greece 2.0. (RRF - NextGenerationEU), after its investment plan met strict sustainability criteria, focusing on the following main pillars:

In December 2022, GRECIAN MAGNESITE successfully completed and operated a new X-ray based mineral processing line. The overall installation is based on the recognition and separation of materials based on their specific atomic density. 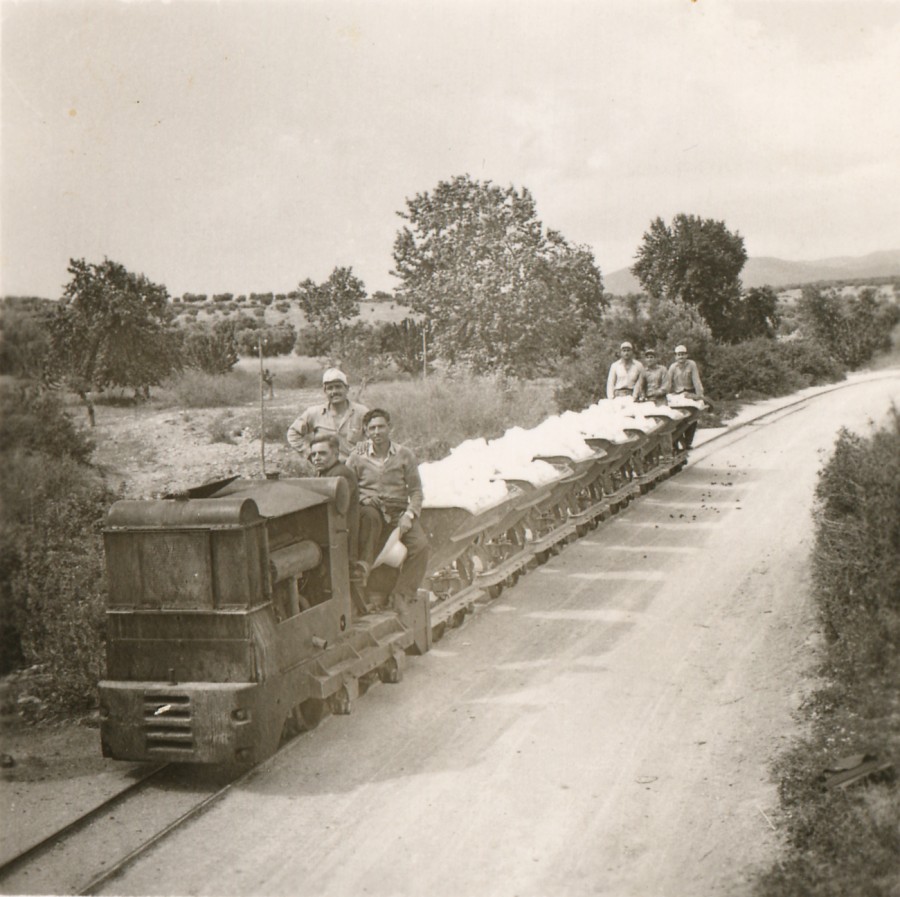 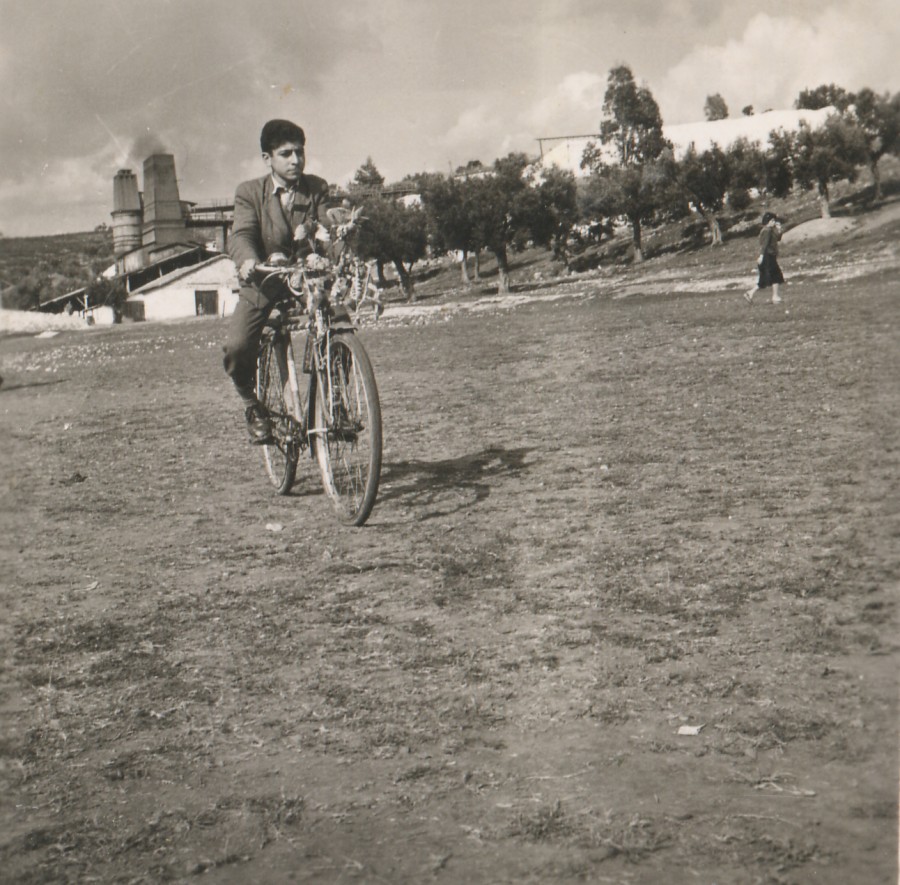 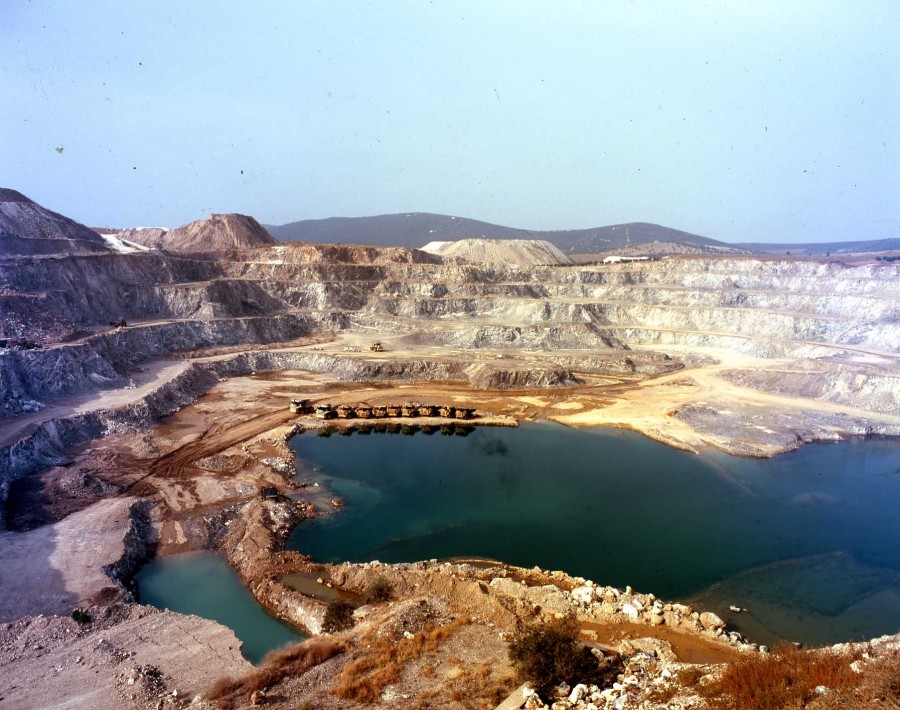 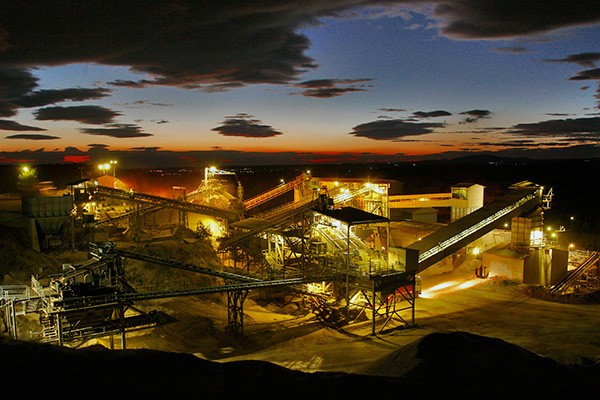 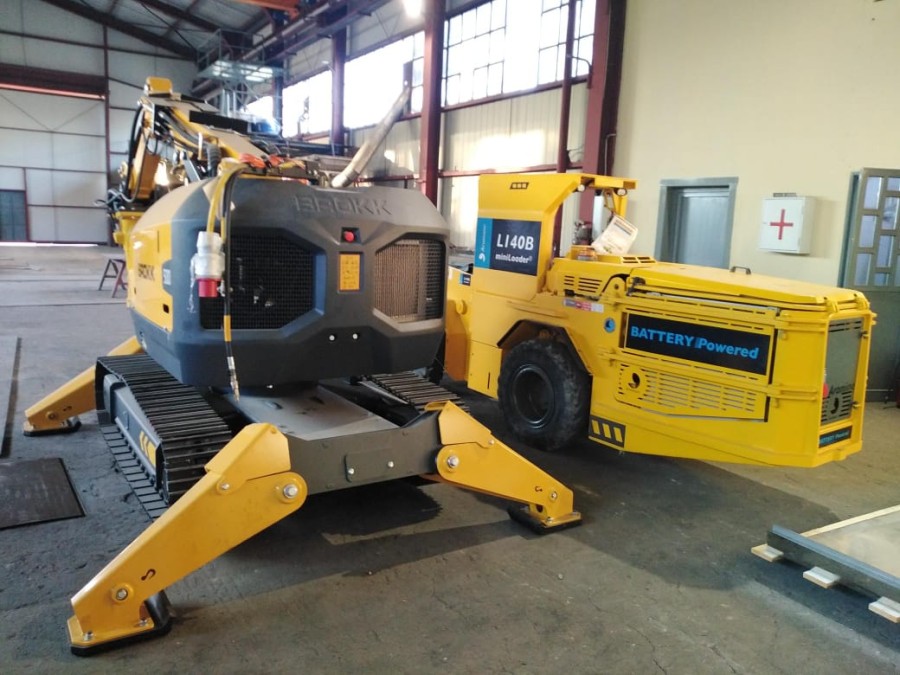