The problem of wastewater odors in sewage network is mainly attributed to H2S evolution and less often to ammonia (depending on the pH of the wastewater). The main source of H2S is the reduction of sulfates by anaerobic bacteria following the reactions:

The presence of MgO provides the system with a buffer solution of 9-9,5, which, based on reaction [2], prohibits the formation of H2S, which is a main odor creator factor. Independently of the S2 concentration, from the moment the pH is set at 9-9.5, the odor problem, due to H2S, seizes to exist. Also at these pH values, no ammonia (NH3) evolution is performed.

The protecion of cement with the aid of alkaline magnesium reagents is performed through two mechanisms: on one hand, they provide the system with OH groups which neutralize the H groups and on the other hand they prevent the formation of H2SO4 since in values of pH < 9-9.5, the ionised form of H2S is created [reaction 2]. So the protection may be performed in two ways: either with continuous addition of MgO / Mg(OH)2 in parts of the network for pH adjustment or through coating the free surface of the pipes with Mg(OH)2 slurry.

Removal of ammonia (NH4+) & phosphorus (PO43-) from domestic and industrial wastewater
The removal of PO43- is of major interest lately since phosphates interfere with the phenomenon of eutrophism and lead to the death of aquatic life. In addition to the above, due to the decrease of natural phosphate deposits the recovery and recycling of phosphorous is desirable.

The reaction of phosphate and ammonia removal has been studied widely and is described from the following reaction:

The product of reaction is called struvite and its formation depends on the pH of the system, the optimum value being = 9,5. Struvite crystallization is performed in fluidized bed reactors (Crystalactor). An important number of reactors (of semi-industrial or industrial scale) are in operation around the world.

Struvite can be used as a fertilizer (Mg, N, P source). Magnesium ions provoke the increase of the chlorophyll production since they occupy the central position in its molecule, while N and P are important nutrients for the plants. In such a case an economical advantage is gained by selling struvite as a fertilizer.

The use of MgO / Mg(OH)2 achieves the best possible recovery yield of the phosphates in comparison to Ca(OH)2/CaO due to more effective pH control.

Just get in touch with our sales engineers and R&D teams to discuss the specific requirements of your project. Our team can provide testing and develop straightforward, easily implemented solutions for the toughest challenges facing the water industry today. 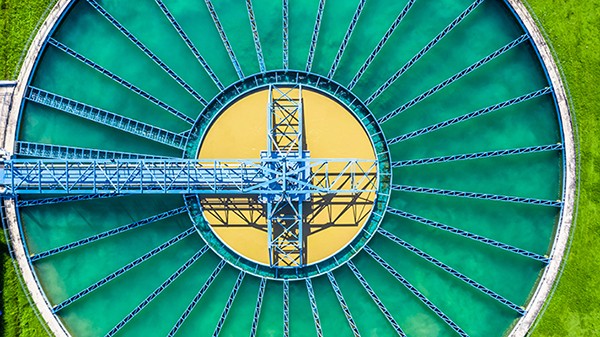 To determine the most suitable product for your specific needs,
please call us at +30 210 7240446-7 or e-mail us at info@grecianmagnesite.com with your questions.

Order now
OR CONTACT US FOR ANY INFORMATION
Email: info@grecianmagnesite.gr